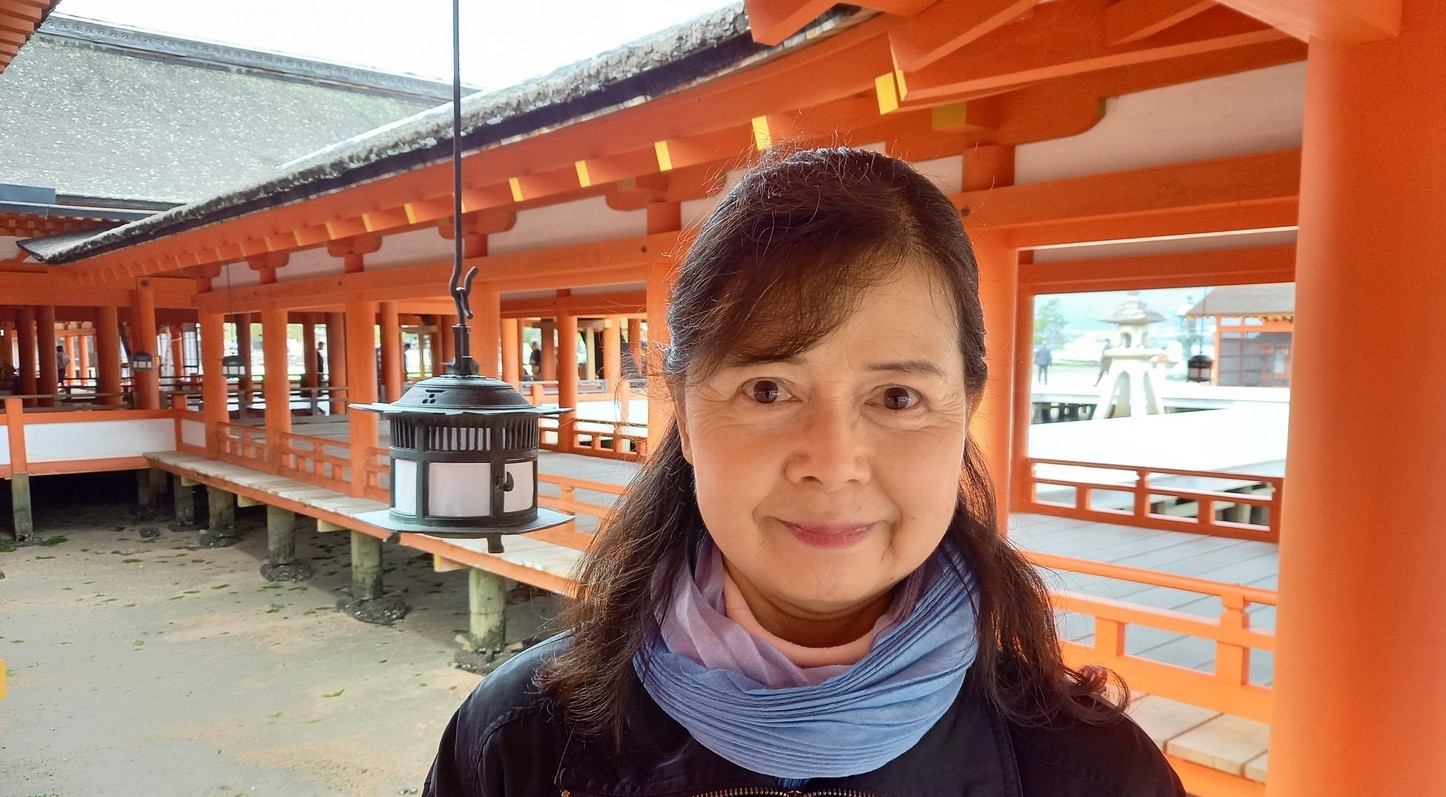 You can’t enjoy Hiroshima without my guide !

Born in Higashi-Hiroshima, one of Japan’s three major sake breweries. With my husband’s transfer, I was able to know all over Japan. Among them, In Kyoto, I had a good opportunity to experience many old buildings and traditional culture in Kyoto. My favorite tourist site is Daitokuji temple, which has a tomb of Sen-no-Rikyu, the most famous master of the tea ceremony, and is closely related to the tea ceremony. After returning to Hiroshima in 2013, I became a volunteer guide of Hiroshima City, guiding people from around the country mainly in the Peace Memorial Park. Hiroshima has not only two World Heritage Sites of Peace Memorial Park and Itsukushima Shrine. For example, my hometown, Higashi-Hiroshima Saijo, is a sake brewery town, the birthplace of Ginjo Sake. It is about 30 minutes by train from Hiroshima Station. Let’s enjoy visiting Saijo’s sake breweries with me!

There are three tea houses in Shukkeien garden. Why don’t you try tea ceremony with me there?